Nicks Removals to France from the UK

If you are short on time how about trying out our French removal quote form. We have vehicles travelling throughout all areas of France weekly and can give very competitive quotes on part loads to all French regions.

We develop our business through recommendation check out our feedback page. If you know someone who would benefit from our removal service please give them our contact details, thank you!

French Removal Company offering full removal Service or dedicated Man and Van hire, we regard our customers'french field needs first to guarantee satisfaction with your Home relocation to France. A reliable service to help guarantee your successful move on time. All of our drivers and removal men are helpful and will load and unload your property for you at the pick up and destination address and place in the rooms of your choice. Our drivers are fully experienced with UK to France removals and know French routes well. We know how important your goods are to you and hence treat them with due care and respect. Nicks Removals first priority is to make your move as straightforward and trouble free as possible. To avoid any unnecessary problems during your move, we've prepared a Moving Guide and Moving Checklist.

The Moving Guide and check list is a detailed plan for your move, and how to handle situations that can be difficult like moving kids and pets. The most vital resource we offer our clients is our staff of experienced relocation staff. If you can't find the information you are looking for, contact Nicks Removals and we'll help you find whatever you need to make your move a success

We aim to differ from other French and European removal companies i will go out of my way to help with any special requirements you may have. Our many years of experience, united with outstanding service, reliability and dedication make Nicks Removals to France we will do our utmost to make your move to France a stress free and enjoyable experience. 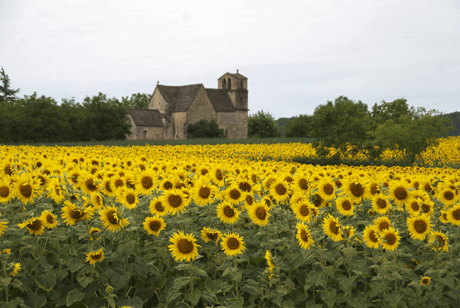 Where to stay Alastair Sawdays Special Places To Stay the open space, the natural beauty, the palpable sense of history people come to France for all these reasons and because of the enviable savoir-vivre of the French people. They have burrowed deep in France and unearthed the most generous, fascinating hosts. You'll find elegant chteaux still in family hands after centuries, chalets among crags and peaks for skiers and ramblers, chambres d'htes dotted along the Loire and the Dordogne; perfect for cycling tours and, everywhere, unrivalled regional food. They have special places in market towns and by the sea and a stunning collection of Parisian places. Campsites in France 11 000 addresses to choose from with complete campsite descriptions. Some great information on this site on all aspects of holidaying in France

France's colonial past is a major contributing factor in the presence of a richly diverse multicultural population. It is home to more than five million people of Arab and

African descent. It has a number of territories overseas which, together with mainland France and Corsica, go to make up the 26 regions which the country comprises. It is further divided into 100 departments, four of which French Guiana, Guadeloupe, Martinique and Runion are geographically remote from Europe. France has a land area of 545,630 sq km and borders eight countries: Andorra, Belgium, Germany, Italy, Luxembourg, Monaco, Spain and Switzerland.

Living in France, One of the best things about living in France is the delightfully varied environments that France has to offer. Rich sunshine, beautiful countryside, sophisticated coastlines, attractive towns and rustic little villages are just several of the exciting areas that make the superb French country an ideal place to move to. The British seek second homes in France above most other countries in Europe, and it is by the same token popular with expats who have made the choice and moved to France permanently. France appears to possess an enduring attraction, despite the economy and European crises, Brits seeking their home in the French sunshine and the relaxed lifestyle that is now expected with living in France.

If you would like a quote for a job please e-mail: citymoves@hotmail.com with the details of your move or fill in our online quote form for quick response quote.
Alternatively phone Tel: Mobile: 07944 079878
7 Days a Week Office Hours From 7:00 am - 7:30 pm Internet Hours = 7days/24 hours