MOVING TO AND FROM MANCHESTER NORTHWEST UK REMOVALS

Inviting, original, edgy, happening, diverse, spend any time in Manchester and you'll soon see it's a place like no other. This free spirited city demands your attention with a Northern warmth, no-nonsense welcome and a liberating open mindedness that demands you to take part. 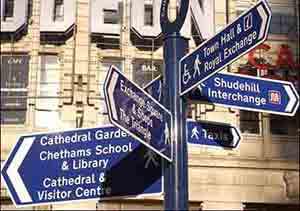 Moving or relocating to or from South Manchester? Small Removals or just single items locally We specialise in local and long distance moves to and from Manchester and the surrounding areas. Professional removal service at an affordable price. Based in south Manchester and covering the whole of the Northwest we offer a regular service to London and the South. Furniture and belongings are handled with the utmost care.

Vehicles are clean inside and out and come fully equipped. We aim to be the best and our customers appreciate the difference. We move in the Northwest UK covering Lancashire Merseyside and Greater Manchester. We are flexible and work 7 days a week. If you have mainly luggage and boxes plus a few items of furniture, we run a smaller man and van service to relocate you to anywhere in England, Scotland or Wales. outstanding value for money and the service second to none. Removals in Manchester Lancashire, Moving House in Northwest made easy

Areas in and around Manchester we cover

The city of Manchester, 200 miles northwest of London, has served for the best part of the past centuries as the main industrial centre of England. With this great industrial herirage we are named Cottonopolis. The heart of the Industrial revolution started here cotton mills now converted into City centre dwellings the area combined with rapid urban development has given Manchester a great reputation as a tourist destination. Living in the City is not just a preserve of New Yorkers now Mancunians are "Living in the City" property is abundant, Manchester Property is varied from loft apartments in the City centre to two up two downs in Rusholme.

In the past ten years Manchester has undergone a complete transformation. Buildings in the city centre area have been renovated and new shopping malls as well as entertainment venues have been constructed.

With England's largest student population, nightlife is thriving and the selection of pubs, clubs and restaurants now almost rivals that of London. Cultural venues such as 'The Lowry' at Salford Quays, the G-Mex exhibition centre and the Bridgewater Hall host exhibitions and music shows for all tastes. 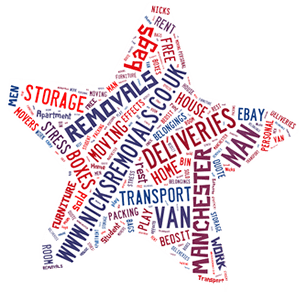 Manchester City are Champions 2012 after a 44 year wait and well deserved to the most loyal supporters in football and Manchester man and van appreciates the success, And last but not least – a little info on Manchester football.

The home of the cult "Manchester City Football Club" now playing in the Etihad stadium Eastlands and chaired by Mr Khaldoon Al Mubarak, a trusted aide of the Crown Prince Mohammed bin Zayed Al Nahyan as part of the takeover of Manchester City F.C. by the Abu Dhabi United Group, on September 21, 2008 Man Cities stadium was bought by lottery payers, thank you very much, also Manchester united football club is the most promoted name in UK sport now owned by an American conglomerate a worldwide football club or a promotional advertiser giggle.

It is also the richest sports club in Europe with the biggest debt!. Old Trafford, the stadium at which the team plays its home ground is situated in the borough of Trafford. THANK YOU Crown Prince Mohammed bin Zayed Al Nahyan for all your investment into our city Manchester.

John Ryland's Library
The University's library, the John Rylands Library, is the major non legal deposit library in the UK, as well as being the country's third largest scholastic library after those of Oxford and Cambridge. The oldest section of the library, established in memory of John Rylands by his wife Enriqueta Augustina Rylands as an self-directed institution, is to be found in a Victorian Gothic building on Deansgate Manchester city centre. This site accommodates a notable collected works of historic books and manuscripts, as well as the oldest extant New Testament document, Rylands Library Papyrus P52, the so-called St John's fragment. The Deansgate site has newly reopened to the public, after major improvements and renovations, together with the assembly of the pitched roof originally intended.