The Spanish dream for UK expats seems far from over. Leading UK and European moving company Nick’s Removals recently reported the number of UK to Spain moves and enquiries they have handled has been on the rise, with no sign of slowing down.

Some news outlets have suggested the number of people moving to Spain from the UK has dropped. But insiders and experts have been quick to disagree. It seems the combination of low Spanish housing prices and the pound to euro exchange rate is increasing interest. A short plane journey and great weather have always made it a hotspot destination. This is true for people of all ages and walks of life. The opinion is held by UK removal experts Nick’s Removals. Who recently announced both the number of UK to Spain enquiries and actual moves have gone up in 2015 and show no signs of decreasing. The company is happy to offer the same low prices and customer-focused service that has built them a remarkable reputation in the removals industry.

Spain Moves on the up

“The Spanish dream for the UK expat is well and truly alive and many have not latched on to the negative press but have seen the potential for a great warm outdoor life in Spain still alive” commented Nick Willis from Nick’s Removals. “Our company helps brings those dreams to life in a way that’s cost efficient and effective.”

According to Nick, in addition to low property prices and an abundance of properties left after the housing crash. He feels other factors like the favourable exchange rate between pound and the Euro. Plus the cheap short flights from the UK to Spain has also encouraged these trends.

The company’s moves occur door to door from the UK to anywhere in Spain. Nick’s Removals can 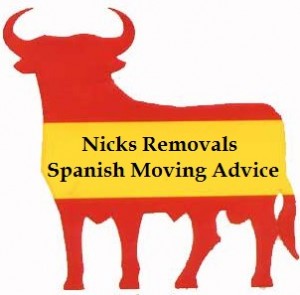 handle any size moves, cars, boats and motor bikes. They have some of the lowest UK to Spain removal rates in the world.

The response from clients has been very enthusiastic.

Helen C, from London, recently said, “I used Nick’s to move us from London to Barcelona. The experience was really wonderful. All of our possessions were delivered no problems at all and the price was very competitive. Five stars and fully recommended”. Removals to Spain from the UK are on the up!

To learn more about Nicks Removals and the affordable removals to Spain on offer, please visit. https://www.nicksremovals.co.uk/spain-removals.htm